According to one of the leading accounting firms in Virginia, the majority of taxpayers do no purposely invite tax penalties, but a lot of them who are penalized are just not aware of the penalties or the possible impact on their wallets. The following are some of the more frequently experienced penalties:

In order to avert a person from investing in tax-deferred retirement plans, including conventional IRAs, but not at all withdrawing funds from the plans, retirees must take an RMD each year after reaching the mandatory RMD page. The compulsory distribution age has lately changed from 70 ½ for years before 2020 to 72 in 2020 and later years.

As per a certified CPA in Virginia, failing to take the correct minimum distribution leads to a penalty of 50% of the difference of what should have been withdrawn and what was actually withdrawn.

You must hire one of the best accounting services in Arlington Virginia if you’ve failed to file your 2019 return and didn’t file an extension by July 15th, 2020.

Note that the qualified COVID-19 distributions are subject to income tax but escape the early distribution penalty. However, this special COVID-19 provision allows a taxpayer to spread the income from a corona virus-related distribution over a 3-year period, and the distribution can be re-contributed during the three-year period. 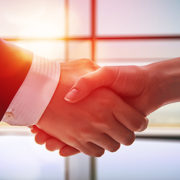 If you acquire a company, your to-do list will be long, which means you can’t devote all of your time to the deal’s potential tax consequences. However, if you neglect tax issues during the negotiation process, the negative consequences can be serious. To improve the odds of a successful acquisition, it’s important to devote resources to tax planning before your deal closes.


During deal negotiations, you and the seller should discuss such issues as whether and how much each party can deduct their transaction costs and how much in local, state and federal tax obligations the parties will owe upon signing the deal. Often, deal structures (such as asset sales) that typically benefit buyers have negative tax consequences for sellers and vice versa. So it’s common for the parties to wrangle over taxes at this stage.

Just because you seem to have successfully resolved tax issues at the negotiation stage doesn’t mean you can become complacent. With adequate planning, you can spare your company from costly tax-related surprises after the transaction closes and you begin to integrate the acquired business. Tax management during integration can also help your company capture synergies more quickly and efficiently.

You may, for example, have based your purchase price on the assumption that you’ll achieve a certain percentage of cost reductions via postmerger synergies. However, if your taxation projections are flawed or you fail to follow through on earlier tax assumptions, you may not realize such synergies.

One of the most important tax-related tasks is the integration of your seller’s and your own company’s accounting departments. There’s no time to waste: You generally must file federal and state income tax returns — either as a combined entity or as two separate sets — after the first full quarter following your transaction’s close. You also must account for any short-term tax obligations arising from your acquisition.

To ensure the two departments integrate quickly and are ready to prepare the required tax documents, decide well in advance of closing which accounting personnel you’ll retain. If you and your seller use different tax processing software or follow different accounting methods, choose between them as soon as feasible. Understand that, if your acquisition has been using a different accounting method, you’ll need to revise the company’s previous tax filings to align them with your own accounting system. 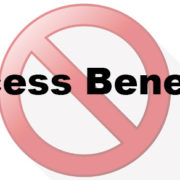 Not-for-profits that ignore the IRS’s private benefit and private inurement provisions do so at their own peril. These rules prohibit an individual inside or outside a nonprofit from reaping an excess benefit from the organization’s transactions. Violation of such rules can have devastating consequences.

The private inurement rules extend the private benefit prohibition to your organization’s “insiders.” The term “insider” or “disqualified person” generally refers to any officer, director, individual or organization (as well as their family members and organizations they control) that’s in a position to exert significant influence over your nonprofit’s activities and finances. A violation occurs when a transaction that ultimately benefits the insider is approved.

Of course, the rules don’t prohibit all payments, such as salaries and wages, to an insider. They simply require that a payment be reasonable relative to the services or goods provided — and that it be made with your nonprofit’s tax-exempt purpose in mind.

To ensure you can later prove that any transaction was reasonable and made for a valid exempt purpose, formally document all payments made to insiders. Also ensure that board members understand their duty of care. This refers to a board member’s responsibility to act in good faith, in your organization’s best interest, and with such care that proper inquiry, skill and diligence has been exercised in the performance of duties.

Any amount of private benefit or inurement is enough to cause the loss of your organization’s tax-exempt status. And individuals involved may be subject to significant excise tax penalties. Contact us if you have questions about how to maintain your exempt status. 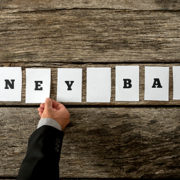 It’s a safe bet that state sales and use tax authorities will let you know if you haven’t paid enough sales and use taxes, but what are the odds that you’ll be notified if you’ve paid too much? The chances are slim — so slim that many businesses use reverse audits to find overpayments so they can seek reimbursements.

Take all of your sales and use tax exemptions

In most states, businesses are exempt from sales tax on equipment used in manufacturing or recycling, and many states don’t require them to pay taxes on the utilities and chemicals used in these processes, either. In some states, custom software, computers and peripherals are exempt if they’re used for research and development projects.

This is just a sampling of sales and use tax exemptions that might be available. Unless you’re diligent about claiming exemptions, you may be missing out on some to which you’re entitled.

Many businesses have sales and use tax compliance systems to guard against paying too much, but if you haven’t reviewed yours recently, it may not be functioning properly. Employee turnover, business expansion or downsizing, and simple mistakes all can take their toll.

Look back and broadly

The audit should extend across your business, going back as far as the statute of limitations on state tax reviews. If your state auditors can review all records for the four years preceding the audit, for example, your reverse audit should encompass the same timeframe.

What types of payments should be reviewed? You may have made overpayments on components of manufactured products as well as on the equipment you use to make the products. Other areas where overpayments may occur, depending on state laws, include:

When considering whether you may have overpaid taxes in these and other areas, a clear understanding of your operations is key. If, for example, you want to ensure you’re receiving maximum benefit from industrial processing exemptions, you must know where your manufacturing process begins and ends.

Save now and later

Reverse audits can be time consuming and complicated, but a little pain can bring significant gain. Use your reverse audit not only to reap sales tax refund rewards now but also to update your compliance systems to help ensure you don’t overpay taxes in the future.

Rules and regulations surrounding state sales and use tax refunds are complicated. We can help you understand them and ensure your refund claims are properly prepared before you submit them. 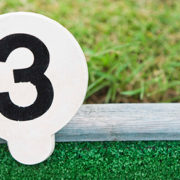 Tax reform has been a major topic of discussion in Washington, but it’s still unclear exactly what such legislation will include and whether it will be signed into law this year. However, the last major tax legislation that was signed into law — back in December of 2015 — still has a significant impact on tax planning for businesses. Let’s look at three midyear tax strategies inspired by the Protecting Americans from Tax Hikes (PATH) Act:

1. Buy equipment. The PATH Act preserved both the generous limits for the Section 179 expensing election and the availability of bonus depreciation. These breaks generally apply to qualified fixed assets, including equipment or machinery, placed in service during the year. For 2017, the maximum Sec. 179 deduction is $510,000, subject to a $2,030,000 phaseout threshold. Without the PATH Act, the 2017 limits would have been $25,000 and $200,000, respectively. Higher limits are now permanent and subject to inflation indexing.

2. Ramp up research. After years of uncertainty, the PATH Act made the research credit permanent. For qualified research expenses, the credit is generally equal to 20% of expenses over a base amount that’s essentially determined using a historical average of research expenses as a percentage of revenues. There’s also an alternative computation for companies that haven’t increased their research expenses substantially over their historical base amounts.

3. Hire workers from “target groups.” Your business may claim the Work Opportunity credit for hiring a worker from one of several “target groups,” such as food stamp recipients and certain veterans. The PATH Act extended the credit through 2019. It also added a new target group: long-term unemployment recipients.

Generally, the maximum Work Opportunity credit is $2,400 per worker. But it’s higher for workers from certain target groups, such as disabled veterans.

One last thing to keep in mind is that, in terms of tax breaks, “permanent” only means that there’s no scheduled expiration date. Congress could still pass legislation that changes or eliminates “permanent” breaks. But it’s unlikely any of the breaks discussed here would be eliminated or reduced for 2017. To keep up to date on tax law changes and get a jump start on your 2017 tax planning, please click here to contact us or give us a call at (703) 534-6040. Our cloud base solution serve clients all over the nation.